One of Jane Jacobs wise quotes, that has been decisively influential to my thinking and work states „the outside of the houses is the inside of the city“. Public space is where the city „is“, it is where we experience the city an it’s quality and design is decisive for the way we feel and perceive everyday life quality in our cities. Cities across the globe start „rethinking“ the street and it’s significance to urban life and the feel of the city. Viennas lighthouse project in transformative public realm design is the transformation of Mariahilfer Strasse (central Europes longest shopping boulevard) from a street of heavy car traffic into a pedestrian zone and two adjoining shared space zones at an overall length of 1,6 kilometers. Broad on-site citizen involvement, stakeholder consultation and finally a referendum have co-shaped the design of a grand boulevard for strolling, shopping, idling and even playing at the heart of the city and serving as a focal point for community from both adjoining boroughs, that belong to the densest in Vienna, with the lowest share of green spaces and playgrounds. While the shared space zones allow for low speed, careful access by public transport and private cars, the centrally located pedestrian zone stands as an example of creating „additional“ open space for families and hundreds of thousand of shopping clients, resulting in a commercial boom expanding in adjoining streets and benefiting stores and businesses against all challenges from internet commerce. Although controversial in the beginning, the success of the new street design has functioned as a „door opener“ to several further street and public space transformations and an ambitious ongoing street and public space transformation agenda. 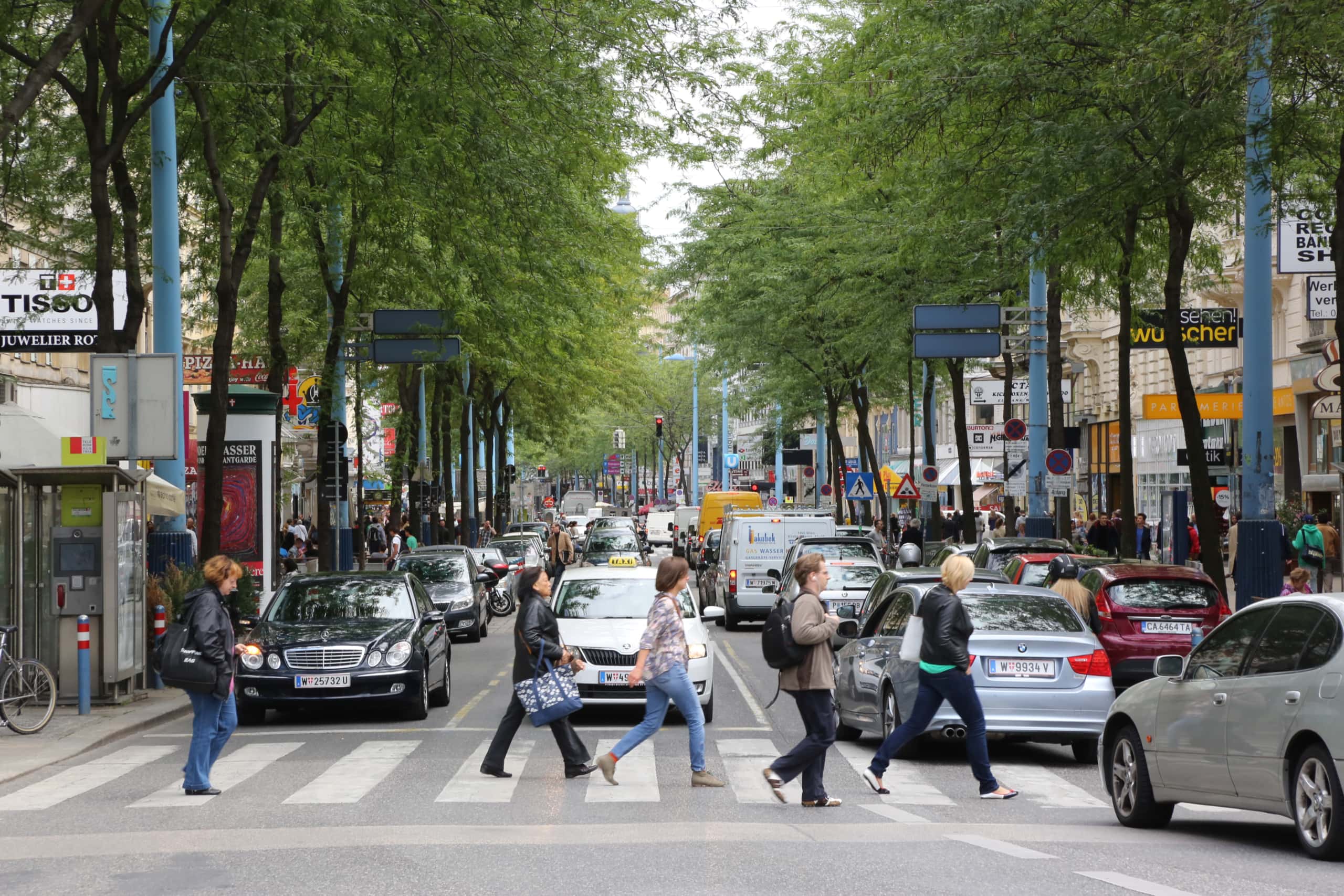